I will explain Alter System Flush Buffer Cache in Oracle in this post.

Data of any transaction is stored in this memory space. 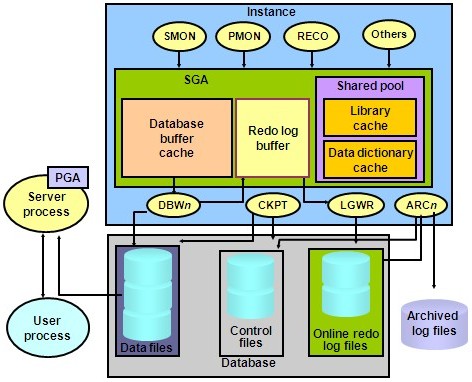 For example: When an insert, update, or delete operation is performed on a table, the corresponding change is not written directly to the datafiles. It is stored in the buffer cache for a while(This data called as dirty data).

The most frequently used and most up-to-date data in the database is stored in here, and this memory space is common to all users. Data stored in the Buffer cache are written to the data files after a while.

However, you should not execute the above command in production systems unless required. Because when the buffer cache is emptied, all queries or transactions will make I / O from the physical disk, which means that our queries will slow down.

You can flush the data in the Buffer Cache with the following query:

You can check the buffer cache using the following scripts.

If you want to flush shared pool, you can read the following post.

Do you want to learn Oracle Database Performance Tuning detailed, then read the following articles.

Performance Tuning and SQL Tuning Tutorial in the Oracle Database

Powered by IT Tutorial | Designed by SysDBASoft IT
IT Tutorial © Copyright 2020, All Rights Reserved
Do NOT follow this link or you will be banned from the site!